When Twitter Poops On You: 4 Social Media Lessons From #askJPM Snarkpocalypse 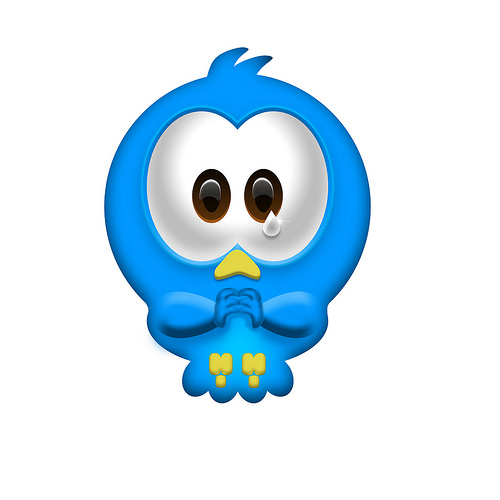 The bank decided to promote the hashtag #askJPM to open up a mass Q&A on Twitter. The questions that came in were, to say the least, probably not what JP Morgan had in mind. Instead of receiving tweets of fiscal inquiries (or whatever it was they were expecting to hear from the masses), the infamous hashtag invited instead, a sweet trollish revenge from the bank’s critics, victims of its catastrophic mortgage mishap, reporters, pundits, those who simply delight in jabbing humor, and pretty much everyone else on Twitter. Ouch! By 10 am EST, after only six hours, the tag had over 24,000 mostly critical tweets. The firestorm grew so fierce that the bank canceled its scheduled online chat with vice chairman Jimmy Lee who was supposed to play a role in the interactive Q&A. Just six hours after the #askjpm hashtag went up, the bank posted “#Badidea! Back to the drawing board.”

Here's what you can learn from the JP Morgan Snarkpocalypse.

Or, at least be aware of what the public perception of your business is. You may not always like what you will see if you dig deep, but the first step to fixing negative public perception is to identify how your audience feels about you.

Covering the rotting part of your business with roses won’t make it go away if you don’t admit your flaws and face it. According to Business Insider, half of those questioned in a recent survey consider big banks responsible for 2008's financial crisis and feel that those organizations have not paid the price for their role in the collapse. Needless to say, this is a poor time to schedule an open-ended public discussion if you are in the banking business if you're not prepared for the reaction. This mishap could have been avoided with simple sensitivity or even a little research.

2. Never forget that social media is the great equalizer.

JP Morgan perhaps was expecting the polite questions that Lee would have gotten if he volunteered as a guest speaker for a college class. But, the Twitter Q&A is really more akin to a conversation in a bar. In this case it was a bar where everyone is handed a basket full of rotten tomatoes at the door.

JP Morgan at least has the comfort of knowing that it is not the first brand to forget that it can't control the conversation. In January, McDonalds attempted to get Twitter users to post happy stories about experiences at the fast food restaurant under the tag #McDstories. Instead, they got quips about dog food and obesity.

When you are constructing your social media marketing plan, never forget that you do not control the conversation, and that what you want may not the thing you wind up with. Your audience doesn't care about "building your brand" or promoting your agenda. They are people who care about the things going on in their own lives. When they come to social media, they want to be entertained or informed.

Listening is far more important than telling people what to talk about. When you brainstorm social media marketing ideas, start with one question: "Why should anyone out in Twitterland care?" This isn't a dismissal; this is a starting point. Your job is to find out what people care about and make yourself relevant to those conversations. This my friends, is the key that unlocks a powerful social media marketing arsenal.

3. Social media is not the place to win new fans.

A brand jumping in and trying to chat up new folks is really invasive, and social media users resent it when you do it. Instead, develop social media marketing ideas that focus on building value for the customers you already have and for curious stumblers. Worry about the value of your content and its message, and let the audience flock to you.

For instance, if you are a bank, invite current savings account holders to share what they are saving for under a special hashtag. To sweeten the pot, offer prizes for particularly good tweets.

A campaign of this sort creates a positive association; it can mean that the next time a customer's friends ask where they should bank, your organization's name is the one that comes up. By making your current customers happier, you organically achieve the social media buzz that too many organizations try... and fail.

Social media marketing ideas that truly go viral are the ones that make people feel something. Make them laugh; inspire a poignant moment; even, sometimes, make them mad. How many of your Facebook friends reshared last summer's rainbow Oreo? While there were a large handful of posters who were passionately opposed to the "Support Love" message, over 154,000 people liked the image. By addressing the genuine interests of potential customers, the organization's message got shared and amplified.

Social media can be a powerful tool but it can be a double-edged sword that can hurt your brand a lot. A poor social media marketing plan can be a ticking time bomb. Make sure you understand the medium and understand your audience. You need only #AskJPM what happens if you jump in without accessing the situation first.