The 8 Most Intriguing Marketing Campaigns of 2019 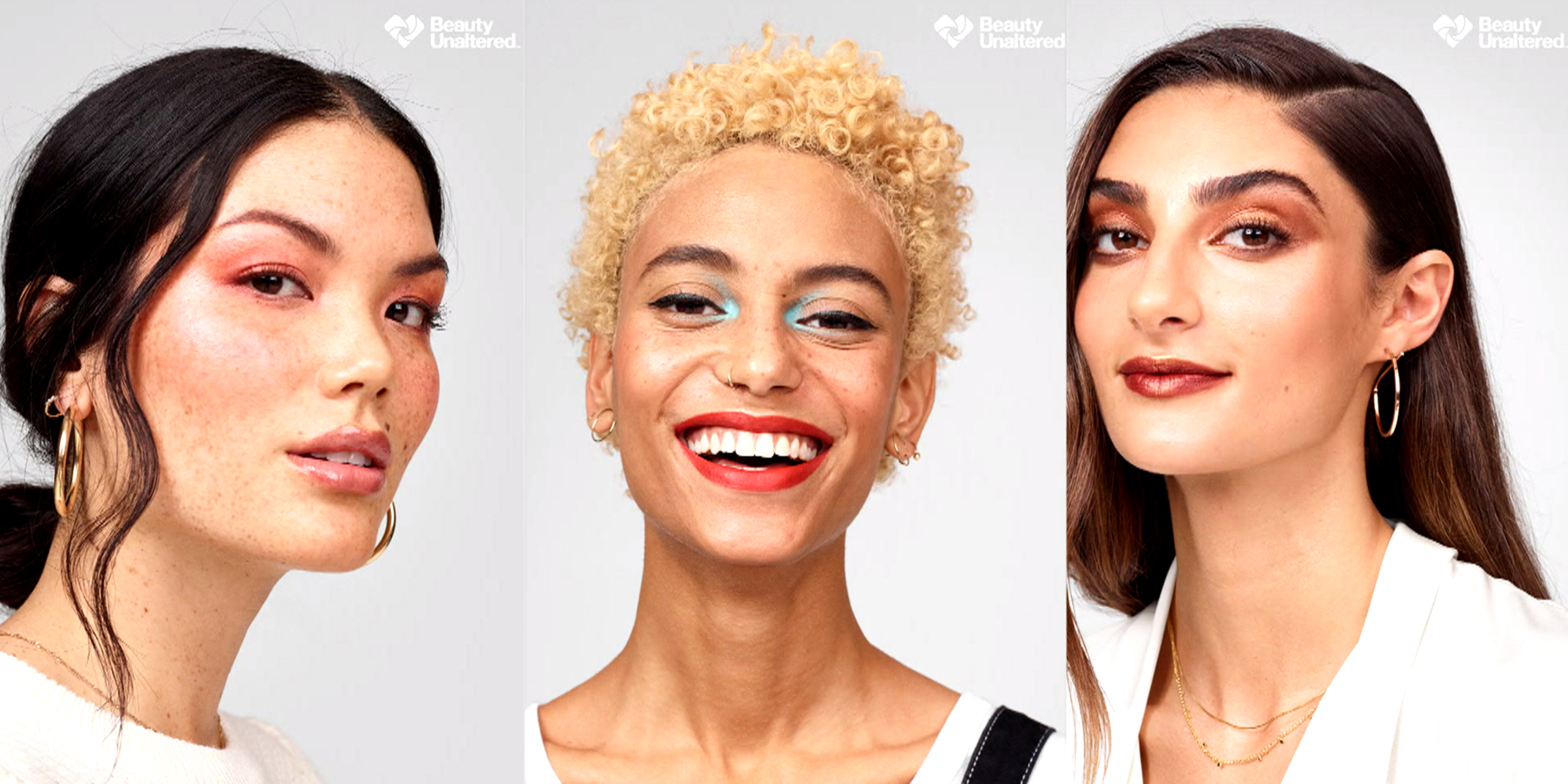 Travel ads that keep it real, an epic fast food troll, and meet-and-greets that got us in the feels: these were the campaigns we found most thought-provoking in 2019.

If we had to choose one word to describe the marketing campaigns that got our attention in 2019, it would be bold. Whether taking a stand or doing something completely different, brands in 2019 are doing more than they ever have before to capture our attention. Let’s dive in and see how this worked for eight noteworthy contenders: the good, the bad, and the controversial.

Tug on emotional heartstrings, and you’ve already won half the battle in creating a successful ad. The other half requires appealing to logic and showing how your product/service can actually improve someone’s life. For their First Responders campaign, Verizon managed to capture both emotion and logic, elevating the experience with strategic targeting and ad placement. Released just in time for Super Bowl LIII, the First Responders campaign features real-life stories from football coaches and players whose lives were saved as a result of the efforts of first responders.

Presenting NFL Coach Anthony Lynn’s story to an audience of football fans gave an already emotional story of survival that much more impact. While the ad choked us up (is someone cutting onions in here?), it also showed the true value of Verizon’s services: not just being there in an emergency—but being dependable.

Main takeaway: Make your ads as specific and relevant to the audience as possible, and your message will go a lot further.

Some of the best marketing campaigns are born from one simple thing: listening to your customers. That’s why CVS’s Beauty Marks campaign is turning heads. When the drugstore giant noticed beauty sales were declining, they didn’t fall back on traditional tactics to regain their footing. Instead, they set out to discover what their target market really wants and how their needs have changed. What they found is that women are tired of unrealistic beauty standards that are perpetuated by retouched ads. So, they made a commitment: by 2020, they pledged to have all of their in-store images watermarked to show whether or not they’d been digitally-altered—with the goal of having the majority unaltered.

This commitment to transparency sets the tone for CVS’s relationship with customers, helping them form emotional connections with their audience through honesty and trustworthiness. To further entrench customers in the experience, CVS asked them to share their own unaltered photos using the hashtag #beautyunaltered. Not only does this validate consumers and make them feel seen, it also creates relevant user-generated content.

Main takeaway: Consumers are smarter and more informed than ever. Take time to listen to their needs, and you’ll forge stronger connections.

You know that crazy idea that emerged during a late-night brainstorming session? Burger King and their marketing team took the hare-brained concept and ran wild with it. The Whopper Detour campaign offered consumers a coupon—but to get it, they had to have some fun along the way.

The end goal was to get people to download Burger King’s mobile app. On it, users would find a coupon to get the Whopper for a penny. The catch? To get the deal, you had to open the app within 600 feet of a McDonald’s. Yep, that’s right, they asked people to drive to their biggest competitor to access the special—a stunt which required the Burger King team to geofence over 14,000 McDonald’s restaurants in the U.S.

It worked. The Burger King app’s rankings went from 686 to number 1 in just 48 hours. App downloads soared to 1.5 million in 9 days. Mobile sales tripled during the promotion and have doubled ever since. And their return on investment was 37:1.

The ploy changed Burger King’s Global CMO’s entire outlook on marketing. Fernando Machado called it a turning point, saying it showed “the reason why our creative partners (aka marketing agencies) are so relevant.”

Main takeaway: Focus on the big idea and don’t be afraid to do something different to cut through the noise and stand out from the competition.

4: China Airlines: What Travel Brings You

When you think of travel ads, you probably envision images of sunny skies, gorgeous beaches, and smiling families having fun.  That’s...not...what China Airlines did for their What Travel Brings You campaign.

Instead, the brand focused on the souvenirs people bring home from their trips. And we’re not talking Mickey Mouse ears and cheap trinkets. Pudge around the middle, a positive pregnancy test, a marriage, and a surgically-transformed face were among the things people brought back from their jaunts abroad.

The commercial, which quickly went viral, didn’t do what many travel companies do, which is present a highlight reel of glamorous images. By bringing uncomfortable truths to light, they made their spot relatable and real. At the same time, they reminded us that travel has the ability to change us—and change our lives.

Seeing is believing, so Apple decided that showing what the iPhone can do was the best way to tout its superior photo and video capabilities. The videos, which show actual footage taken on iPhones, demonstrate the versatility of Apple’s most famous product and just how far their technology has come. The campaign also serves as a great reminder for brands that you don’t always need fancy equipment to create great content.

Main takeaway: When you make a claim, prove it. Win your audience over by showing them how your product or service can enrich their lives.

Anyone who's seen an Aviation Gin commercial knows that Ryan Reynolds doesn't take a typical approach to marketing. His signature brand of humor and style dominate his ads, making them a breath of fresh air that rise above the same old things. This year, he brought his personality to an ad within an ad within an ad (are you following?). The spot begins with Ryan as himself, showing off the exceptional quality of the Samsung QLED TV with a preview of 6 Underground, his new movie on Netflix. The two-in-one is cool in and of itself, but then Ryan takes it a step further by inserting a mid-roll ad for Aviation Gin.

The concept is a play on celebrity endorsements, but this goes beyond a famous face waxing poetic about how amazing a product is. Ryan Reynolds makes the ad more authentic by being himself, which naturally draws in customers. In showing his personality, he brings out the brands' personalities, connecting with audiences in a way that stodgy, boring ads just don't.

Main takeaway: Be more like Ryan Reynolds. In other words, get creative, play with styles, and don't be shy about engaging your audience.

7: Gillette’s The Best Men Can Be

It wouldn’t be 2019 without a good dose of controversy, and that’s exactly what this last ad campaign generated. Gillette’s The Best Men Can Be campaign challenges men to examine what masculinity has come to mean, for better or worse. What could go wrong?

Well, you know. A lot. But there’s something to be said about a company taking a stand, even if it means angry customers taking to the internet to destroy your products. Whether or not you think the campaign was a good idea, you can’t say the commercials didn’t garner attention for Gillette. Was it the attention they wanted? Maybe. Perhaps they were targeting a different audience. These days, it’s becoming more common for brands to take a stance as opposed to sitting neutral on the sidelines. In fact, your youngest consumers may expect you to. It’s up to your brand to decide what your values are and how these help you relate to your customers.

Main takeaway: Above all, be true to yourself. You can’t please everyone.

8: The Year’s Biggest Flop - Peloton’s The Gift That Gives Back (aka, that Peloton ad that made the internet mad)

We saved the...best? worst?...for last. As we all know, social media—in particular, Twitter—can be a hotbed of outrage, and users did not disappoint when it came to Peloton’s holiday ad this year. While the company was aiming for “a spot that...celebrated the fitness and wellness journey,” they didn’t exactly hit the mark, according to many. What was the problem? It’s been called sexist, privileged, tone-deaf, and even dystopian. Here’s the infamous ad, in case you need a refresher.

Love it? Hate it? Feel ambivalent about it? Regardless of your thoughts, one thing is clear: it got consumers talking about a brand. It ignited a reaction, which is what we as marketers strive to get. I mean, passion is better than apathy, right? Perhaps it wasn’t quite the reaction Peloton wanted or expected. And, certainly, they couldn’t have been happy about their stock plunging 15%. Negatives aside, the ad will definitely go down as one of the most memorable ones of the year. What’s most intriguing is that this commercial was likely screened by dozens of people who failed to recognize the problem—just like every other ad that was a major fail (Kendall Jenner’s Pepsi ad, anyone?).

The upsides to this whole hot mess? We got to laugh over the memes, and we got to witness the marketing genius that is Ryan Reynolds with The Gift That Doesn’t Give Back.

Main takeaway: Is there really no such thing as bad press? Maybe it depends. Just ask Pepsi or Peloton. Also, get some perspective before you put an ad in the world that the internet could tear apart.

2019 was an iconic year for marketing, and we’re excited to see what the future brings. What were some of your favorites this year?