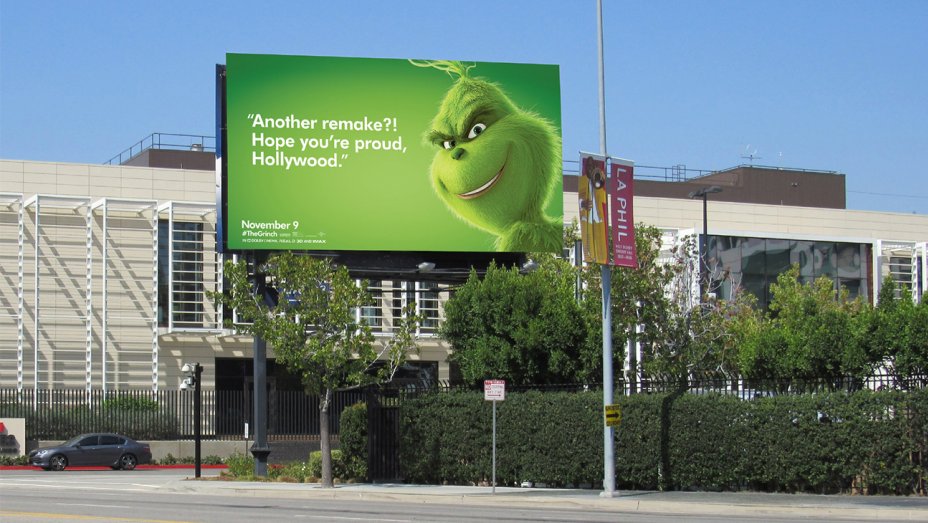 Social experiments that led to angry customers, meme madness, and brands who stayed true to themselves: these were the campaigns we loved most in 2018.

When we think of marketing campaigns we love, there are a few constants that come to mind. The ones that are most memorable make us laugh. They make us think. They surprise us. So it’s no wonder that all eight of the campaigns we chose for 2018 hit at least one of those points. From anti-heroes to grumpy green men, this year we’re celebrating the human aspect of marketing and the unique methods that brands are utilizing to capture our attention.

The campaign began in 2017 with a teaser trailer that gives a nod to Bob Ross. In 2018, the campaign continued in earnest with Deadpool-themed Valentine’s Day cards, adult products touted by Deadpool himself, a LinkedIn page for Peter, the X-Force recruit with no experience, and, of course, more videos. One of the most memorable came in April, shortly before the movie’s release. Deadpool 2: F#ck Cancer helped raise funds for F*ck Cancer—staying on brand for Deadpool while also doing something fantastic. What makes this campaign exceptionally unique, from a marketing standpoint? All of the elements feature Deadpool unapologetically being himself, which resulted in a wildly successful campaign.

Main takeaway: Stay true to your brand. Your audience will love it.

Some things go hand-in-hand with the Super Bowl: rowdy fans with painted faces, party food with way too many calories, and exceptional ads. One of the most memorable commercials from the 2018 Super Bowl was the spot in which Alexa loses her voice. While the ad made people laugh and featured several celebrities, including Rebel Wilson, Cardi B, and Anthony Hopkins, it was more than just a funny spot. It used humor to convey a message, the message being that nothing—and no one—can take the place of Alexa.

Main takeaway: Show, don’t tell. Your message will be much more effective.

Anyone on the internet remembers the buzz that IHOP caused with one simple teasing tweet:

Thus began the great guessing game, as users wondered how the veritable king of pancakes could shift its focus from something for which it had become iconic. Beer? Breakfast? Guesses for what the ‘b’ could mean ranged—there were entire articles written about it—but burgers were the final answer. And it worked. Their burger sales quadrupled following the stunt.

What can we as marketers learn from this? First and foremost, we shouldn’t be afraid to be bold. Sure, IHOP could have run a safe, traditional campaign that talked about the virtues of their burgers, but would that have gotten the traction that their bold campaign did? Definitely not. And even though it was disruptive, they knew that going in. In fact, they planned for that. When they were criticized—and, oh, were they—they responded in stride with tongue-in-cheek remarks that embraced the backlash.

Main takeaway: Go bold, and rise above the noise.

Working with the ‘If it ain’t broke, then don’t fix it’ mentality, Amazon revamped their popular, cute singing boxes campaign that they had introduced in 2017. This time, they used The Jacksons’ “Can You Feel It?” as the background music, which brought an earworm to this upbeat, joy-inspired commercial.


The beauty of this ad is in its simplicity that works on multiple levels. The catchy song gets into people’s heads while playing to their the-holidays-are-coming joy. And who doesn’t love to get packages? Showing the various ways that Amazon fits into our lives, including using Alexa to turn on Christmas lights, was the icing on the cake of this marketing sweet treat.

Main takeaway: Something old can be new again—use what works.

Originally published in 1957, How the Grinch Stole Christmas by Dr. Seuss is a staple of the holidays that continues to endure, taking new forms in the shape of movies, TV specials, and merchandise. To create buzz for the new 2018 The Grinch movie, the marketing team decided to use modern tactics to promote an iconic classic. They created billboards that fit the Grinch’s character, all of which offered cheeky commentary about the cities where they were placed. Targeting specific messages to cities showed an awareness of their particular issues, better connecting with the city’s residents and encouraging them to share and post about them.

With additional tie-ins with brands and the Grinch having his own Twitter account, complete with memes and general musings, the movie had a successful marketing campaign that re-introduced the modern Grinch to the world.

Main takeaway: Even old classics can be made modern when you embrace change.

We mentioned Spotify’s 2017 campaign last year, but it’s worth another glance in 2018 for a few reasons. There are several elements to this campaign, all of which work together to showcase why the music service is so great. It began with billboards that shared funny yet informative stats on users, things like “2018’s top fan-made Yodeling playlists, ranked” and “1,059 Yanny playlists created.” 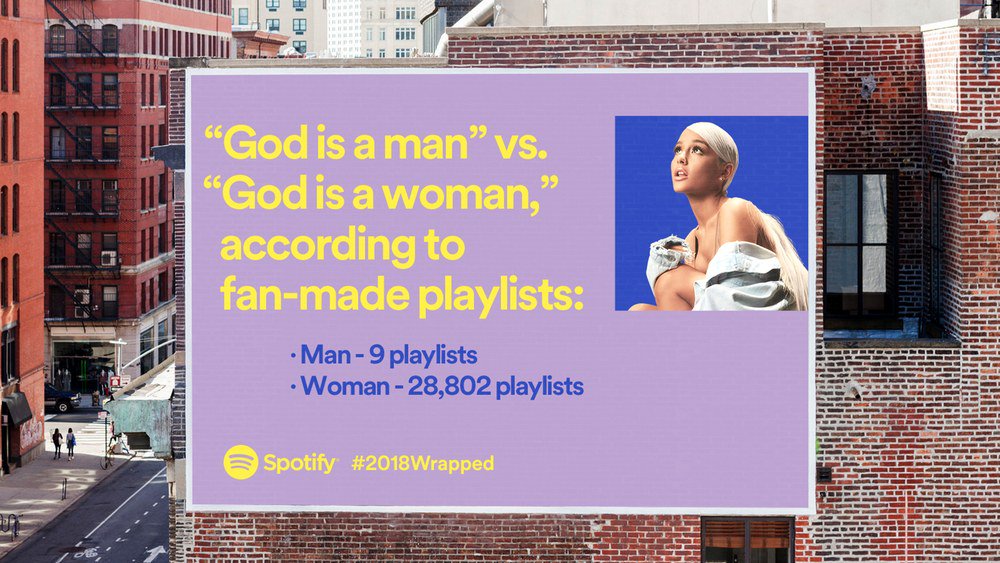 Why do we connect with these? Beyond showing interesting stats, it shows how we all have our weird quirks and, ultimately, how we’re all more alike than we are different.

Next, Spotify teased the release of its yearly “Top Songs” playlists for users, inviting people to like their tweets to get a reminder of its release. Each year, they add juicier tidbits of info, heightening the anticipation and generating buzz through sharing.

Main takeaway: Bringing human elements to your campaign helps you connect with audiences.

Taking a stance on an issue can be shaky territory for a brand. Doing it and filming customers’ unscripted reactions is even more bold. That’s why Burger King’s Whopper Neutrality campaign was so striking. They managed to demonstrate the potential effects of net neutrality in a way that anyone can understand. What’s more, they did so via a social experiment with a hidden camera to get real customers’ reactions. If you think about it, their position is on brand for the company who encourages you to “Have it your way.”

Main takeaway: Don’t be afraid to take a stand on important issues that align with your brand’s purpose. 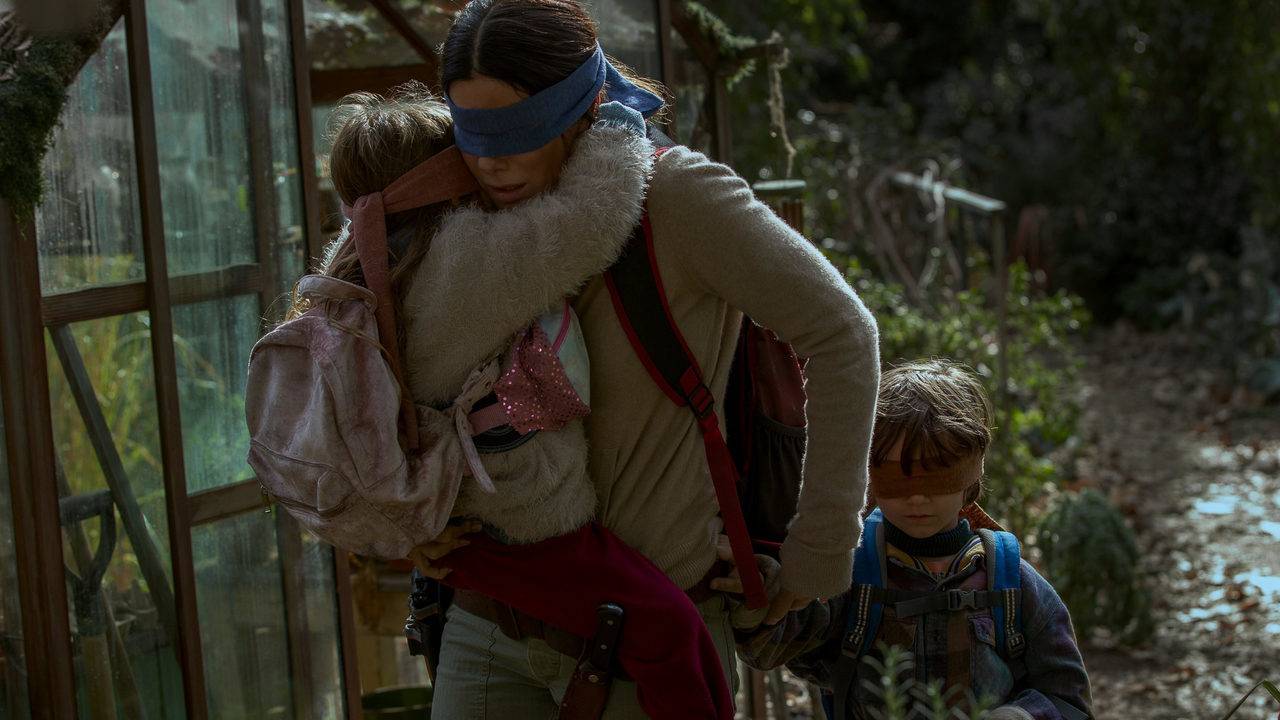 We saved the most unique for last, as the Bird Box “marketing” doesn’t exactly fit into any pre-planned strategic box. It was user-created and shared memes that really made the movie take off. Netflix denies involvement in the meme movement, though there are conspiracy theories floating around. The movie itself didn’t receive rave reviews. Regardless, there’s no doubt the memes convinced skeptics to watch the movie, if only to see the original scenes from which the memes originated. In fact, Netflix admits that they counted views as long as people made it through 70% of the movie. But in the end, the reasons people watched don’t really matter. With 45 million viewers in its first week, Bird Box still qualifies as the best-ever debut for an original film.

Main takeaway: The world of marketing is changing, and users have more control. Buckle up and settle in for the ride—it may just work to your advantage.

That sums up our favorite marketing campaigns of 2018 and why we think they were pretty great. What were some of your favorites?